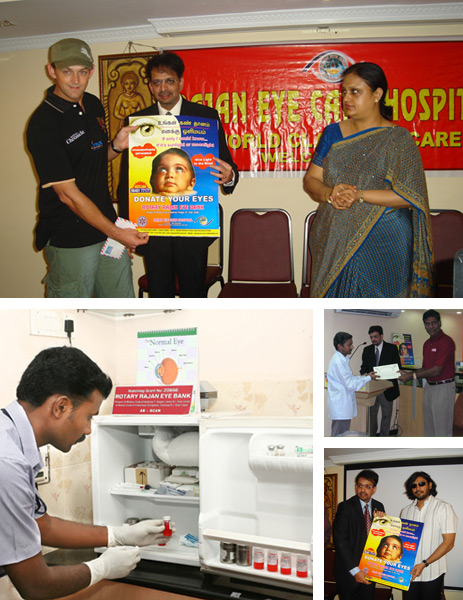 In India alone, nearly 2 million people are blinded because of corneal disorder and 1 lakh people lose their lives each year. If the eyes of the deceased could be collected for corneal transplant, it could bring the joy of sight to that many of those blind. Mathematically, corneal blindness can be eradicated in just 10 years. Statistics however show that only about 30,000 eyes are collected every year in India for transplant.

In and around the city of Chennai about 100 deaths are reported daily. If only about 10 pairs of eyes could be collected every day, corneal blindness in and around Chennai could be eradicated in no time. There is an ever increasing waiting list for corneal transplant and unless eye donation is adopted with a religious zeal the gap between supply and demand would be unbridgeable.

Realizing the potential for providing eyesight to thousands of those who will never see again, Rajan Eye Care Hospital in collaboration with the Rotary Club of Madras T.Nagar established an eye bank known as the Rajan Eye Bank. Working on a war footing towards combating corneal blindness, the team at the eye bank is on alert round the clock. They reach the place of the deceased to collect the eyes within half an hour on receiving the call.

Since its inception, nearly 4500 corneal transplants have been successfully performed free of cost.

Rajan Eye Care Hospital also conducts an Eye Donation Fortnight, yearly. This is done in order to create awareness about the need and the necessity of donating precious eyes, which are usually either buried or burnt. During this fortnight several programmes are conducted among school children, college students, and service clubs. The campaign comes to a grand finale with a public rally on the Marina Beach.

Rajan Eye Care Hospital’s public cause has been lauded by many, among them Vijay Amritraj, India’s ace tennis star and U.N. Messenger for Peace; he has proudly associated himself with this noble movement by lending his name as a Brand Ambassador. Another celebrity, Adam Gilchrist, the gentleman cricketer from Australia, has also recently joined the bandwagon of Brand Ambassadors of the Rajan Eye Bank.

Activities of Rajan Eye Bank during the Eye Donation Fortnight

Today, more than 4500 corneal transplants have been conducted and over 50,000 people have pledged their eyes as part of these activities. 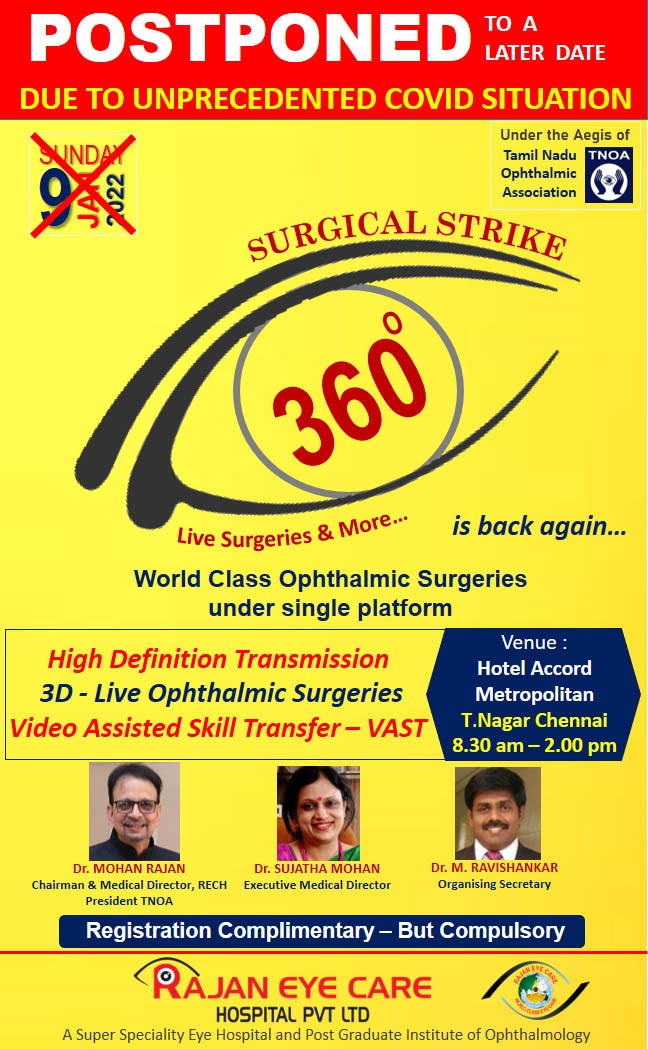